After my first attempt at resin last week using metal flakes last week, this time I tried using resin with gemstones. I used chips of amethyst, apatite and labradorite from strands I have in my stash and put them in the cabochon and bead moulds. When they were in position I filled the mould up with the resin.

I still need to polish and sand the edges off the beads but the resin has a magnifying effect which really shows the detail of the gemstones. 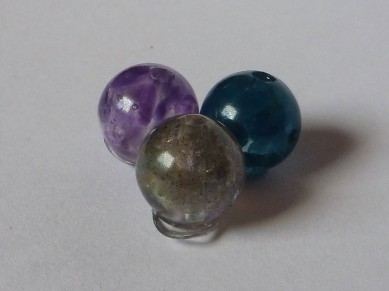 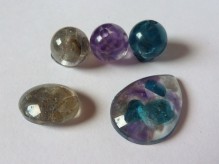 I had some resin left over after pouring the gemstone beads so I tried mixing it with grey and silver eyeshadow powder. I am not as keen on these ones but I think they would be really good if I used lighter and more colourful eyeshadow. Anyone else tried using this technique? 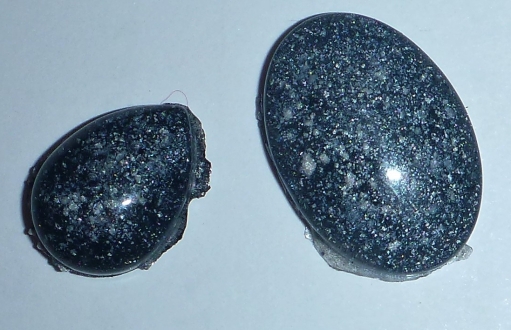 One thought on “Gemstone Resin Beads”

Hi everyone, I'm Sarah and welcome to my blog which is all about jewellery making, including DIYs, info and ideas. I especially love braided and gemstone jewellery so expect to see a lot of that here! If you like my jewellery you can also check out my Etsy shop
Follow Knotted Star on WordPress.com